MY JOURNEY SINCE LAST AUGUST (Part One)

I wonder how many times over the years I’ve said something like, ‘Where has all the time gone?’ The older I get the faster ‘time’ rushes by. I just checked back and to my horror realised it is nearly four months since I posted a blog here that was not a review of a fellow author’s book.

So much has happened since then I hardly know where to start. Last August here, I renewed some old memories of the wonderful American Christian Fiction Writers conference Ray and I were so privileged to share. Some of my Aussie writer friends were off to this year’s conference so I had to get out some of my old photos. Since then I have tried to keep my Facebook friends up to date on some of my journey. Today am sharing more, including photographs I hope tell more of our time with family, old friends and making new friendships. As always though, we did miss taking photos of some events.

It was a busy time over several months organising our six week trip on the mainland for September and October. Thankfully at the very beginning of our travels neither of us were sea-sick this time on the Spirit of Tasmania ferry to Melbourne. We drove up to Queensland from Melbourne through the inland, back home down the coast from Brisbane to Sydney and then inland again back to Melbourne. By the time we arrived home to our lovely Tasmania, we had travelled 5,124 kilometres and did take some time of course to recover!

First stop Melbourne and a much needed rest with our daughter who took us to the beautiful Rhododendron gardens in the Dandenong mountains: 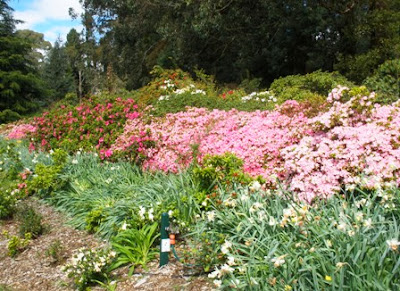 Then we drove through Victoria, stopping at Christian bookshops in towns on the way up to Central West New South Wales to Orange. We once lived in this beautiful city where two of our children were born and where we commenced a new church. Couldn't resist taking a photo of this house. This was the old church manse we lived in and where the first meetings of the church began way back in 1968. 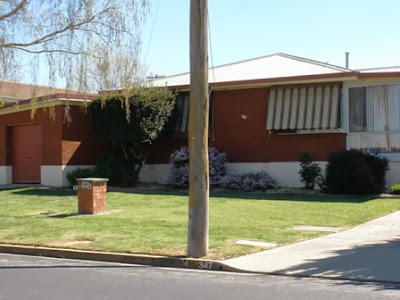 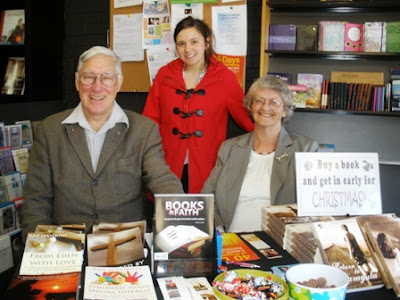 We stayed with the current minister and his wife, lovely John and Patricia Shuttleworth.
Ray preached at their Sunday service where we were delighted how many folk filled the chapel and how many bought our books too of course. It was a great time renewing friendship with some old friends still there as well as seeing how God has blessed and grown the ministry of the fellowship we helped commence. We had a lovely evening with the Abel family. My, how the numbers there have grown oven these many years.

Out next overnight stop was Tamworth where we renewed memories again with special friends we had known in Maitland in the Hunter Valley. Merrilyn and Glenn Rose. 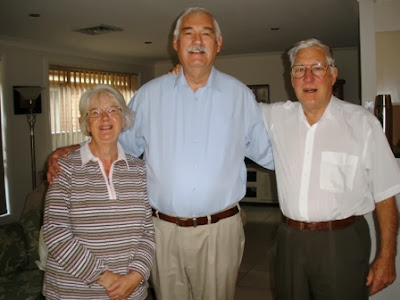 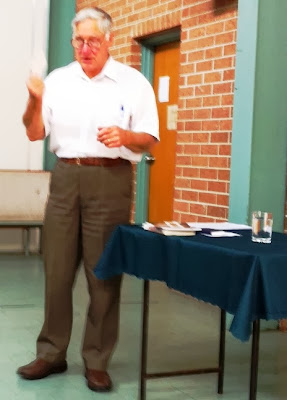 Our friends organised a meeting for us. Again wonderful to meet old friends not seen for too many years. I roped Ray in at this meeting to share also about how he had at last given in to his wife's nagging - oops, encouragement of course! - to write devotional books. As well as his first self-published 'Neurotic Rooster', Ray now has four of his themed 31 Day Devotional Book series published by Wombat Books in their Even Before Publishing division. 'Dynamic Ageing' is scheduled for release this coming February and his 'Signpost To Happiness' in May.


It was in Tamworth we became concerned about
a lesion on Ray's face that was getting worse instead of better from his Tasmanian doctor's treatment.

It is so wonderful to look back and see how God was in control of our scheduling on this trip. That lesion turned out to need urgent treatment....

But that will have to be told in my next blog post:-

Writing Tip of the Day

Verse For The Day

Add Snippets to your site

we are in
AustralianPlanet
australia's search engine